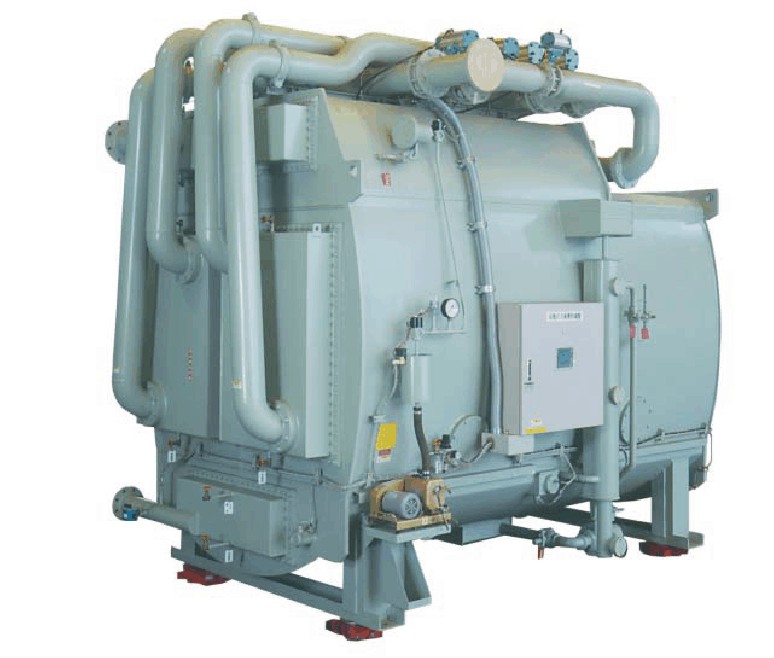 Chillers are widely utilized throughout industry for process cooling applications and also in the commercial arena for comfort air conditioning. In these times of increasing energy costs and environment awareness, it’s becoming necessary to dramatically minimize energy wastage and where ever possible recovery valuable resources. Power generation is a notorious waster of energy. In your typical coal fired power station about half of the input energy is not utilized. Instead it’s released into the atmosphere, most commonly in the form of steam plumes.

Typically, for small private power producers, it’s either not viable or economically prudent to not include some means of waste heat recovery. Absorption chillers have been used for many years to utilize low grade and waste heat from power generators. Their use has been particularly beneficial where process cooling could also be locally employed. Whilst the basic absorption chiller concept is admirable from an environment protection perspective, unfortunately, absorption chillers have high maintenance costs, due to the fact that they use lithium bromide (LiBr) as their refrigerant. They are therefore economically disadvantaged and as such are not embraced by the large power users that produce the most GHG.

Now that’s all changing since the advent of the aDsorption chiller. Now, efficient energy conservation can be achieved by utilizing waste heat to drive an Adsorption Chiller, which can cost effectively replace any absorption chiller. Waste heat from systems such as diesel engines, gas engines, gas turbines, fuelcells, coal, biomass, & MSW fired boilers can all be used in conjunction with adsorption chillers to achieves co & tri-generation. Using the waste heat from various processes including: food (poultry, dairy products, juice, and breweries), chemical, plastic, rubber, paper and cement can enhance the heat balance of the process.

Another source of waste heat are steam boilers, that are used year round in such applications as hospitals and hotels, which can use their waste heat in the summer to cool their facilities. Additionally, the adsorption chiller can also tap into natures own waste heat such as geothermal wells and solar energy using solar water heaters.

Key Benefits of ADsorption Chiller are;